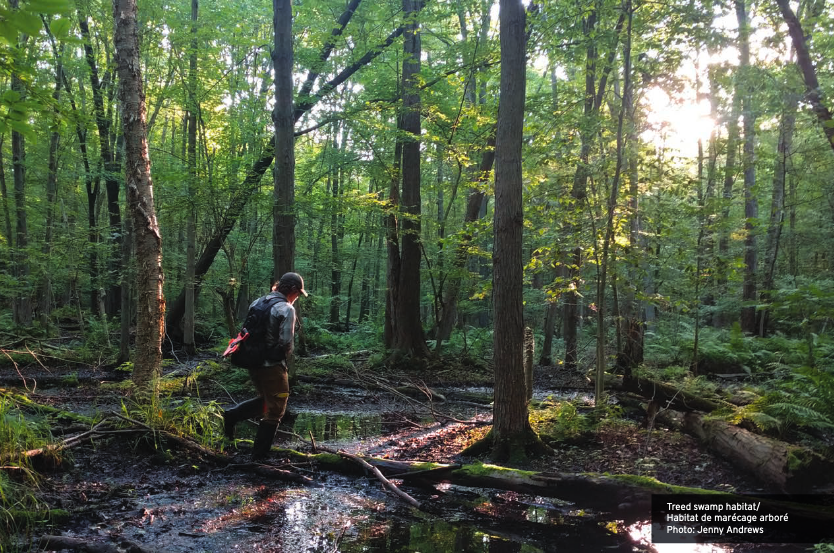 The golden feathers of the Prothonotary Warbler seem to almost glow when reflecting on the sombre waters of the treed swamps where they nest. Tragically, these “swamp candles” and other equally dazzling forest birds have been flickering out in recent decades.

In southern Ontario in the 1980s and 1990s, Bird Studies Canada (now Birds Canada) and Long Point Bird Observatory began research on Prothonotary Warblers, and continued a study on Hooded Warblers initiated by Mary Gartshore. Over the decades, concern for forest birds grew while their habitat declined, and these initiatives developed into the Ontario Forest Birds at Risk (OFBAR) program. Thanks to increased funding and dedicated staff, four more Species at Risk were gradually added to this program: Acadian Flycatcher, Cerulean Warbler, Louisiana Waterthrush, and Red-headed Woodpecker.